She’s got her wicked sense of humor, can’t believe what she says
She drinks Bacardi in the morning ‘til it goes to her head
And all you want is just to hold her, but she don’t go for that
She has a hard time coming when she can’t hit back

Every now and then, she makes you just a little bit crazy
She’ll turn a knife into your back and then she’s calling you baby, crazy

She’ll make you take her to the club, but then she leaves with her friends
She likes to stay late at the party, ’cause the fun never ends
And all her clothes are on the floor and all your records are scratched
She’s like a one-way ticket ’cause you can’t come back!

Saying yeah… you want her, but she’s so mean 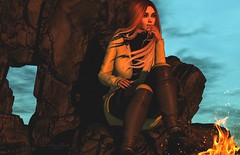 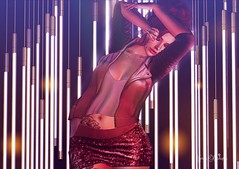 Renew and Surprise with CHEZ MOI Furnitures. Cozy, Colorful and Romantics Home & Garden Decor. All you need to make a unique home. ♥

Even Jarla Gets The Blues

"It's never too late to have a happy childhood"

LOVE YOUR OWN STYLE

Close up on me !
Nature Art

With A Dash Of Sienna Skye

"In moments of crisis, only the imagination is more important than the knowledge" Albert Einstein

an excuse for me to shop & indulge in vanity photos

Let your imagination run wild and embrace the lovely and random world of Second Life.

By AmandaMagick ❤ Don't Hide Your Magick!